Latest News Articles From Across Scotland 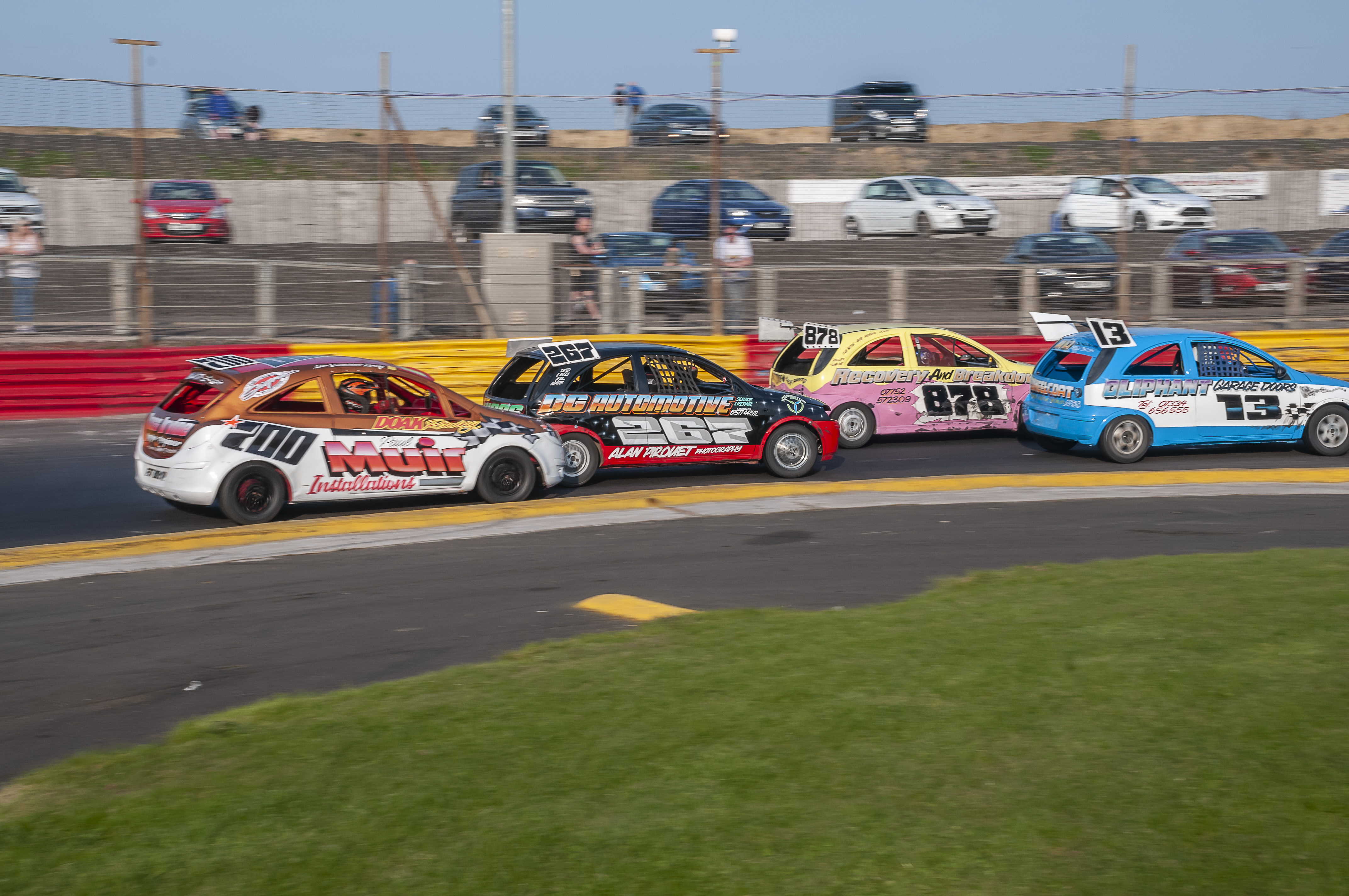 We’re back in action this coming Saturday for another 5 formula line up from 6pm with the stakes hotting up in a number of formula!

The 1300 Stock Cars are back out in action for the 2nd week in succession following on from there entertaining European Championship weekend. Zak Gilmour will be out for the first time showing off the red and yellow chequer on his roof, adding to the Scottish Championship he already holds. The race is on for the National Points with just a few meetings left before the World Final and the silver roof is confirmed – Zak Gilmour leads the way in this, but Eddie Corr and Danny Whyte are both within striking distance, whilst Craig Haxton isn’t too far behind neither to mount a challenge. The bumpers will be getting used as the drivers race for the silver roof!

The National Hot Rods battle it out in the final World Qualifying Round for the 2019 World Final at Ipswich in just a few weeks time. The pinnacle of non contact oval racing formula see’s Billy Bonnar lead the way in the series and is unlikely to be caught, however the battle for the 2nd and 3rd positions is a 4 way battle with Roy Anderson, Steven Armit and Ross McWilliam all in the frame to secure those positions. Kenny Purdie is hoping to be back out on track this weekend as he looks to build up his return to racing following a back injury. Gordon Alexander is probably a little bit too far away to make the World Final grid, but will be doing his utmost to finish the campaign on a high. This campaign can be looked back on though, as being one of the best since National Hot Rods were re-introduced to Scotland with a number of new drivers entering the formula over the last 12 months.

The CC Rods are racing in the final round of the Colin Wotherspoon Joinery series with Lee Wotherspoon currently leading the way, just ahead of Ian Donaldson. However, it is unlikely that Lee will be with us this weekend after making a blooper and booking a weekend away without realising the racing was on! This will almost certainly see Ian Donaldson crowned the winner of the series, and scoop the extra tyre on offer – However, the rest of the field will still be able to win a tyre as they have done in previous rounds, with the meeting final winner gaining a tyre as well. Chris Hutchison and Emma Kirk are set to join us on track this weekend for their first outings of 2019.

The ever entertaining Ministox are with us for the 2nd week in succession as well. The HRP Track Championship battle looks to be turning into a 2 way battle with Aaron Richards and Taylor Borthwick leading the way. Borthwick was unable to attend last week, so will be looking to close the gap to Richards again as soon as possible – Ciaran Adams has a healthy, but catchable lead in the HRP National Points. Mitch Gold, Jamie Stewart and Scott Allardyce will all be looking for a good points haul this weekend in the final points scoring weekend in the current grading period. The youngsters have no fear and will be using the bumper to maximum effect throughout the meeting!

The ProStocks are in action for the first of two successive meetings here at Lochgelly Raceway, and with a number of drivers unable to attend due to family commitments, it opens up the possibility of a few new winners throughout the night. Dougie Kidd returns to action in the ex Paul Barron car, whilst Dean McGill is also set to be in action after competing at practice on Wednesday night. Ian Christie will be looking to take advantage of the missing drivers to extend his lead at the top of the track and National Points. Craig Millar and Dean Abercrombie will be looking to continue the good form that they were both in, last time out here at Lochgelly Raceway.

Admission is only £10 per adult, with concessions and 12-15 years olds only paying £5, whilst under 12s go FREE. Trackside parking is also available at just £5 per car.

A reminder that no private cars are allowed in any of the pit areas.